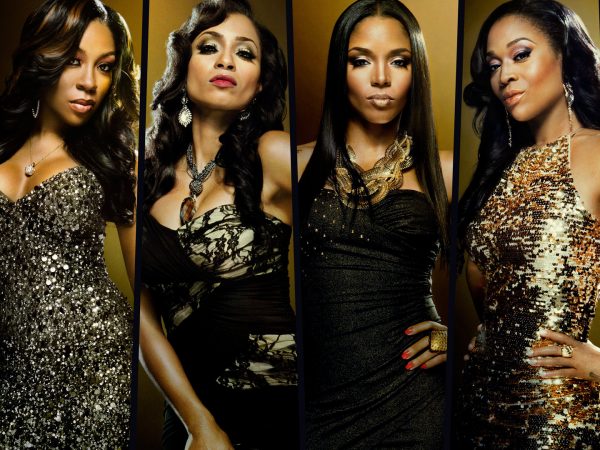 From (RHOA) Ratchet Housewives of America, to Lust & Hip Pop, to Jump shot Jump Offs -aka- Flagrant Foul Floozies, reality television has made its mark on modern day culture and it doesn’t appear to be going anywhere anytime soon. The aforementioned are just a few creative examples of countless shows that have surfaced over the years as networks continue to churn them out faster than you can say, “Gone with the wind fabulous”. Given the overwhelming popularity of the genre, there is no question that reality television continues to command our interests while dominating television airwaves.

I’m confident the large majority of this genre’s viewership is well aware that the most essential and attractive commonality between these shows is their ability to create heightened suspense, even if it is exaggerated. And where there is smoke, there is fire. So with mounting suspense, there is always impending drama; and in the case of Reality TV, there is copious amounts of drama. How much of it is manufactured or organic is a question for another day.

The drama that viewers have come to know and love is the result of the carefully hand picked and casted characters who possess just the right amount of shallow, combative tendencies, promiscuity and blood alcohol content to keep the show outlandishly entertaining. What other programming provides opportunities for viewers to tune in weekly to watch ‘real individuals’ with seemingly ‘low class values’ and high-class wallets travel the world to luxurious destinations and wreak havoc at every one of them (especially when there are tables and wine glasses in arms reach to toss around)?

FYI, drinking wine is so passe. Throwing them on people you don’t like is the thing to do now. I personally walk around with a vintage ’79 bottle at all times should the mood strike to splash the sh*t outta someone. Why ’79 you ask? Cause I’m classy. And my cork game is fierce. I’ve been practicing.

Anyway, where was I? Ah yes…It has become very apparent that we have become a culture that both celebrates and rewards bad behavior. The more memorable Reality Stars were usually the most reprehensible, and it was they who were offered spin-off opportunities, as well as featured guest spots on other television programming. As despicable as they appeared (with a little help from editing of course), viewers tuned in regularly to see what new heights of madness these troublesome individuals would reach. Hence the reason many reality shows ensure they have an extremely over the top, antagonistic and volatile personality type among its cast.

However, things weren’t always like this. So how did we end up here?

It was roughly 13 years ago when Survivor debuted on network television back in 2000. Millions of viewers tuned in weekly to watch ‘everyday’ individuals battle the harsh elements of foreign lands as they not only depended upon one another for ‘survival’ via teamwork, but also competed against one another for monetary gain. Conceptually, it was a network television recipe for success; and what a success it was.

With each new season and the emergence of new reality shows, it became apparent that networks were structuring their shows less around friendly competition, and more around nurturing divisive relationships. Pitting participants against one another mentally and emotionally. Teamwork towards a common goal took a back seat to deceit, betrayals, sabotage and manipulation in order to secure the top position as the last man/woman standing. The result being endless drama, great ratings and entertaining television. However, it begs the question whether this is the best message to impart upon viewers as a way to get ahead in the pursuit of an endeavor.

Enter the reality series of today featuring attractive passive aggressive rich people with pretty rich people problems. The motivation being solely to exploit and capture various types of dysfunctional relationships, situations and the ensuing drama within them. It is absolutely appealing to the voyeuristic nature in us all as millions of viewers tune in to watch the wreckage we not only have become accustomed to seeing over the years, but addicted to witnessing. The network pusherman has it all for its viewers: the escalating petty arguments; the shouting matches; the confrontations; the flying drinks; and of course the violence and/or perceived threat of it. What’s your flavor?

Daytime television talk shows were no exception. They too went through this transformation before our very eyes. There was a time talk shows were informative, educational, and helpful by offering real life solutions to troubled guests. This was your Geraldo, Jenny Jones, Maury Povich, Donahue, Sally Jesse Raphael, and Jerry Springer to name a few.

Then in the early 90’s, along came a fresh face to the talk show circuit. A young host by the name of Ricki Lake who single handedly changed the game for the rest to follow. Unlike her aging counterparts, her program targeted a much younger and undeniably more urban audience. Needless to say, it wasn’t long before the weave snatching began and furniture started moving on stage. Intense verbal confrontations became a staple on the show as the less than shining examples of civility took to the stage for their moment in the spotlight.

As the decorum on screen spiraled downward, ratings climbed skyward. Evidenced and successfully exploited later by Mr. Jerry Springer and his 360 Degrees of Pure High Grade Ratchetness To The 3rd Power of Pi. Talk shows soon became sideshow spectacles as the real life ‘underbelly’ of society was given a platform to entertain the masses with their brand of extreme social dysfunction far too numerous to mention here.

So what does all of this say about us as viewers and as society at large? Well, per the ratings, it simply means we as people like ourselves some good ‘ole fashioned ratchet sh*t. After all, we have voted and continue to vote with our viewership. We’ve been continuously tuning in and have yet to tune the hell out of these types of shows. Perhaps its due to lowbrow entertainment being an easy distraction. It doesn’t require any substantial brain activity. Hence the term, mindless entertainment. But in the end, given the abundance of these types of shows, is this any good for viewers -particularly when there doesn’t appear to be a healthy balance in the variety of programming that is offered on television? Interestingly enough, the same argument can be made about the music industry.

As with anything, the power of change rests in its frequency. It is quite possible that prolonged and repeated exposure to said programming may quite possibly result in a shift of values and distortion of public perception by encouraging the notion that such behavior is normal and therefore acceptable. Additionally, the social implications resulting from the erosion of traditional values of which these shows bear zero resemblance can have interesting effects, especially when being replaced with more superficial, self-serving attitudes such as materialism, vanity and envy. <- A much larger concern I will certainly address in a future post.

So readers, I ask: Have we become addicted to all things ratchet? Who is responsible for the direction television has taken over the years, the viewers(users) or the networks(dealers)? Are these shows normalizing bad behavior while we sweat away our values, or is there really nothing to worry about? And does our continued support of these shows say anything about us?
The floor is yours.

Title Update 01/15/19, Originally entitled, “Reality TV: The Molly of the Millennium and Why We’re all Sweatin’ Away our Values”