For those who enjoy pointing out the obvious, there will be sweeping generalizations, vacuuming assumptions, mopping presumptions and Swiffering aspersions made throughout this entire post.  A dichotomy that is both essential and non-essential to the overall premise. Enjoy with three grains of salt.

For example, we passively observe the relationship birds have with breeze; honey with bees; and even you with deez…nuts in yo mouth < –Sorry I couldn’t resist. But you get my point. However, that passive observation at some point becomes a conscious one. Usually in the form of a realization (the eureka moment) we have when some event or a separate observation triggers that connection. Such was the case with me one day while on my way to work when years of casual observation finally eureka’d its way into cognitive existence. You see, what was about to board the bus at the next stop was none other than….a hoodrat and her headwrap.

It’s important to note that there was nothing particularly unusual about this woman. She was merely another representation of what I had seen many times over. But on that day, on that bus ride, at that moment, I found myself asking, “Since when did this sh*t become okay – to leave your home in sleepwear and peruse the streets without even combing your hair”?  Almost as quickly as that question materialized, the ‘eureka fairy’ hit me with this: why does it seem like it’s only a certain type of woman that does this – the hoodrat?

Now before we continue, for the purposes of this post a ‘hoodrat’ does not mean an ignorant lascivious neighborhood bed wench, but rather an unapologetic socially liberated woman who does not subscribe to the subjugating outdated charm school etiquette, ideologies of class and social mores. Neither is she concerned with the silent opinions of others.

They say never to judge a book by its cover. Well, at the risk of seeming a bit on the bourgeois, pompous, and elitist side, experience and common sense has taught me (as well as you) all the wiser when encountering ducks. Is it judgmental to associate a complete stranger whom I’ve never seen in action with being a hoodrat because of something as simple as a headscarf? Yes. Yes it is.  Allow me to expound in 3…2…

I’ve encountered a variety of women ranging from all walks of life and experiences, with many of them growing up in or around urban environments. Regardless of their present station in life, the majority of these women are certainly not above sporting casual wear, sneakers, sweats and the like when in relaxed mode and running errands.  To no surprise, they are also proud owners of an array of headscarves. For our purposes today, this is where the obvious collective similarities end and a specific differences become apparent.

I came to realize that there is a faction of women that will not step beyond the threshold of their front door into public domain with their headscarf on (at least not in a manner that will allow them to be seen like that). For example, if they neglect their salon visits and aren’t pleased with their hairs current state, a hat of sorts would be worn to cover it while in public. If a hat is not available, the hair would be pulled back neatly in a ponytail. In the rare event a headscarf is actually needed, it’s completely concealed by a hat and out of view to passersby. Otherwise, their hair is usually worn out and in the open.

Which brings me to the other faction of headscarf owning women. For anyone who has had the visual privilege, there is no mistaking the hoodrat fashionista phenom. From bus rides, to train rides. From fast food joints to shopping malls, I’m sure many can attest to witnessing various instances of  headscarf donning women going about their day. Whether they are overdue for a touch up or fresh out of the salon. Whether they are in jeans, sweats, or even colorful pajama bottoms, the headscarf is the common denominator among them all. It is the smoking gun. The tell tale sign that the silky soft satin material patterned with faux ‘Goochie Crouton’ designs, potentially sits atop an individual with trace elements of hoodrat sociology.

Now does this automatically mean that non-head scarf wearing women can’t be hoodrats? Of course not! That would be absurd. There are plenty of hoodrats who never wear headscarves in public. However, countless observations have shown that those who actually do wear headscarves proudly in public consistently possess some level of ratchet tendencies, whereas their ‘non-ratchet’ counterparts generally do not appear in public in similar manner. Which immediately begs the question why is this so? Why is the headscarf good for the goose but not the gander; and what does the willingness or unwillingness to don one publicly say about the individual?

Regardless of what side of the fence you are on, one thing is for sure: you will be hard pressed to deny the obvious and existing correlation between headscarves and hoodratchets.  Whatever that correlation means exactly, is up for debate. This is all in the name of science.

In short, the concern of exposing one’s hair to unfavorable weather conditions is legitimate and understandable. However, such a reason is only valid a small percentage of the time. Which leads me to question whether the public donning of scarves is actually about protecting the hair, or more of a subtle statement that says either these women don’t care enough about their own appearance to try, or the scarf represents a middle finger to the world and its  conventions of what it means to be a lady in public.

So readers, I now turn this over to you for your thoughts.
Is there a special bond between hoodrats and headscarves that the rest of this world is unaware of? Is it that much of an arduous chore to comb one’s hair out in the mornings as opposed to leaving it wrapped up?
Could one draw the conclusion that the women who do not wear headscarves in public take greater pride in their appearance and presentation? Or does it mean that these women probably care too much about what the outside world thinks?

Is wearing a headscarf in public indicative of a lack of standards and personal care? Or does it mean that the wearer is liberated from society’s imposed definition of ‘lady in the streets’, and has defined it for herself?
Lastly, what does either decision say about either category of women?

**No hoodrats were harmed in the composition of this post. If you’re a hoodrat and are offended – good. If you’re not a hoodrat but find yourself feeling offended, well then its highly probable that you are in fact an actual hoodrat who has yet to make that cognitive observation. That is, until this very moment. Eureka? Hmmnn…. Eur’welcome.

Updated on 01/15/19. Originally entitled, “Hoodrats & Headwraps: The Romeo and Juliet of an Era” 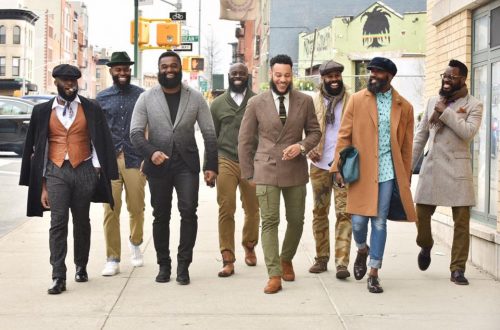 Men’s Fashions That Turn Women Off 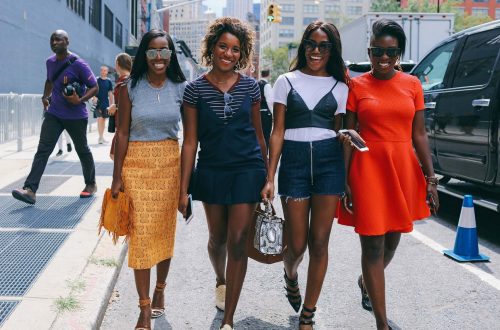 Women’s Fashions That Turn Men Off