Mind Games: You Say You Gonna FCUK But You Really Wanna Cuddle

About a week ago I received a phone call (non business hours) from a beautiful woman I know who was asking me to come over. She was talking all this jazz about what she wanted me to do to her in the bed and how she wanted to put me in her mouth, etc. So you can only imagine the internal excitement that filled my mind as I was elated by the mere fact that I was going to get it crackin’ with a ‘Bad joint’ (beautiful woman). So I tell her I will be over in a couple of hours since I was already out with my boys grabbing some drinks after work.

As my afternoon winds down, I leave the bar talking ‘ish to all my home boys boasting about my nightly plans, as their night came down to wishful thinking of hooking up with various women. In the end, they ultimately settled for a comforting night with their lotion bottles…lol.

As I drove to my friend’s house making all the necessary stops to ensure a fun and safe night, I finally reached my destination. After sending a text letting her know that I was outside, I looked in the ashtray and put the sky-rocket in flight, splashed on some ‘smell good’ and in no time I was at her doorstep.

When she opened the door I was a little confused because she looked upset. I thought, what did I do? Was  the scent of smoke still in my jacket? Was it because I came empty-handed? She looked at me and asked: “Why did you take so long”? So I replied: “Shut up” and we walked upstairs. As I followed her to the living room, she informed me that her roommates were gone; so I thought she wanted to get it crackin’ right there in the living room. We sat on the couch, but in my mind I was wondering, why are we wasting time?

She looked at me and said, “Hold me”. I laughed at her and said, “Naw….I didn’t come over to hold you“. She replied with a slight attitude: “So you’re not going to hold me”? Little did she know was that I had every intention of holding whatever she wanted me to hold, but our previous conversation didn’t have all these terms and conditions set up in order for me to get to the p***y. To make a long story short, I left shortly after because according to her, I was being an A-hole, and didn’t show the level of affection that she wanted. Was I upset? No, because when I got home my lotion bottle looked sexier than ever!

When did booty calls come down to showing a false sense of affection to a woman who knows that both you and her are only there to satisfy one another’s sexual needs?

There is no doubt in my mind that women control sex. But men, believe it or not, there are many things that we control that has equal or more value than just a sexual experience. We possess security, comfort, the ability to increase value in a woman’s self-worth, and a whole bunch of stuff that women don’t think men think about because they feel we’re always trying to penetrate the love box in between their legs.

I’m not trying to sound like a chauvinistic pig, but in this poker game we live in I feel women think they hold all the chips. And that is far from the truth. You know times have changed when ‘Mediocre joints’ (sub par women) look at you funny when you’re just saying hello or they tell you you’re being thirsty because you’re trying to let her know her track is showing.

Overall, the best remedy to combat these behaviors is…chase money!  And stop turning summer h**s into winter wifeys (shout out to Fab)…That’s no bueno. Moreover, we gotta save the cuddling and outward affection for women who deserve it.  Who gives a fcuk if a woman gets mad because she knows all she’s there for is just to ‘smack out’. If you don’t think you’re only there for her utility, she pulled the wool over your eyes!

Until next time and for our female readers, don’t hate me, its all love. 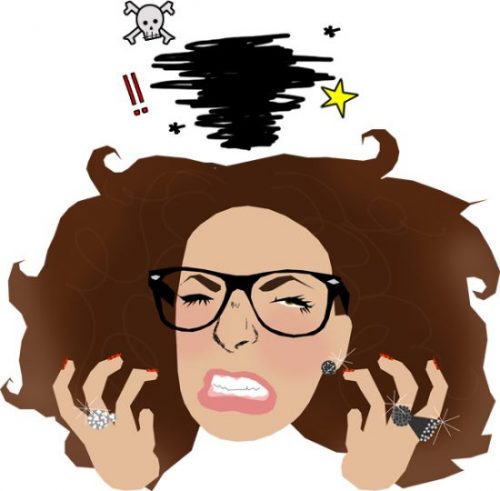