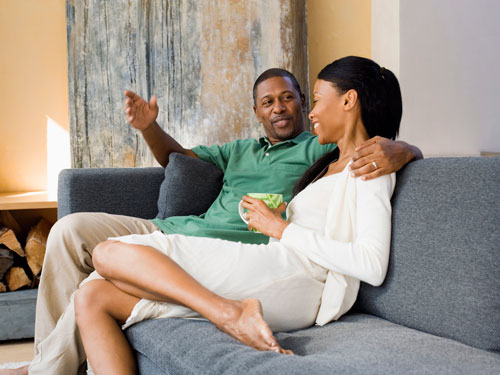 Here is my 4th installment of questions women ask men; and yes since I did parts 1-3, I’ve been approached with more questions that women would like to have addressed. Obviously I will answer these from our perspective and I’ll be shooting straight from the hip and pulling no punches. So here goes this editions list of questions:

Well, it depends on the person, the stash, and if we know you’ll be gone for a while. To be honest a lot of us don’t watch porn…uhh that much anyway. If anything, barring we have no children together we’ll use this time to ‘woo-sah’ –get our thoughts together, or maybe hit up the fellas and see what they’re up to. Don’t sleep though, if we have that urge and if Cherokee or Ice La Fox comes callin’..well, see for yourself.

2. Do you care if women’s breasts are real or fake?

I’ve always been someone who has preached au’ naturale’ when it comes to women. As I’ve mentioned in previous articles, I don’t care for wigs, weaves, extensions, drawn on eye lashes, etc. When it comes to boobs, we’ve seen women celebrities that have had boob implants and while it may look appealing, it depends on how you’re well proportioned. If you have grand boobs but have nothing in the way of a lower body,  it’s not a good look. If they’re small let them be, no need for unnecessary implants. We don’t want to see you go from a C-cup to a DD.

3. You ever thought of having your prostate ‘milked’?

For those of you who aren’t in the know ‘milking the prostate’ is another way of causing the man to orgasm. Although doctors do this method to check for prostate cancer, others do it for mere pleasure. So unless I’m getting my prostate checked, the only thing I want milked near me is a cow. The only thing I would ever milk is a cow. Next!

No wait I take that back. ME personally the answer stands as no.  However, other brothers who aren’t so conventional might try it, or actually do it from time to time with their significant other.

4. Why are men so uncommunicative?

Sometimes there are things we want to say but it may come off harsh so we don’t bother. In some cases we don’t really care either way so we don’t say much or feel like battling. And in some rare cases when we communicate and express our emotions, you (women) try to chide us as being emotional or too sensitive, so it’s damned if we do, damned if we don’t. As a whole men aren’t as verbal as women anyway.

Interesting because the reality is, they can both run hand in hand. One can be married and be the loneliest man simply because his marriage has become so inept, it leaves him feeling like that anyway. Now whether that’s her fault or his is not for me to say. For the sake of the question though, being lonely is one of the worst feelings anyone can go through. Fellas, imagine a life where you have no woman, your ‘booty well’ has dried up, and all your friends who you grew up with are all married/family men, or in relationships moving towards the ‘holy grail’ of marriage. They really don’t have time for the single life you covet. While some brothers don’t think of this, others actually do.

Let’s put this in perspective: There are brothers in their 30’s who still club, hang and bang all night, stick and move without batting an eyelash.  For them, if the feeling of loneliness creeps in, they have that ‘Rolodex’ of numbers to fall back on.  There is also that guy who might also be chasing women, going to the clubs, hanging out all night, simply doing the same things he did in his early 20’s.  However, for him there will come a point where it does hit home and he’s left thinking: Why not me? Why am I still single? Why haven’t I met someone to lay next to at night and wake up to in the morning without feeling ‘she has to go’? Why can’t I make it a ‘movie night’ with the one I care about?

At least if he’s married and things aren’t working to the point where he feels lonely, it can be redeemed. On the contrary, if there’s no one there to work it out with,…well, that’s another issue.

Just because you are born and die alone doesn’t mean you have to BE alone.

6. Why can’t we have your passwords? Let’s say he gave you the password to his voice mail, and his boy calls and leaves a message, what then?  His boy explained an affair with a female which ultimately means your man is aware of his boy’s extracurricular activities. Do you need her to hear that, or know it?

Better yet, say you have the password to unlock his phone and you randomly checked his texts and one of his friends leaves the following message: “Yo if my wife/girl asks tell her I’m at (place X) or (place Y)”, or “Yo, the bartender had a fatty, Imma try to get that.” Would your man necessarily want you to know that his boy is out and about? Do you need to know of his friends attempted sexual conquest? That is a sacred man-code between the fellas which is similar to bedroom talk. As his woman  you do not need to know about his friends transgressions. Period.

So it’s not necessarily we have to hide anything, it’s just you don’t need to be privy to those particular things. The reality is, if we don’t want your passcode or ask for it then you should respectfully do the same, that’s all.

And fellas, if your lady needs to have your password for lack of trust, maybe you should re-think your relationship.

7. Why won’t you show us more affection in public? Another acquired taste for men. Most feel simply holding your hand, or arm in arm while walking is enough to validate our love for you. Now there are exceptions: a kiss here or there, or a playful grab or light tap of  one of your thicker, softer cheeks…well something of that sort is fine.

8. Does it bother you if we find another man attractive?

Only if the man you’re with is insecure and has jealous tendencies. There is nothing wrong if you feel a man is handsome, its human nature. However, don’t sit there checking him out while we’re with you though, nor give us constant reminders.

If you were to have a fantasy about a celebrity, is it really a big deal? So you’d ‘get busy’ with Idris Elba, no worries, because we know there’s virtually no possibility that’ll happen anyway. Besides, we have our favs too. In the end, it really all depends on who it is. For example, if you feel one of our friends is handsome enough to introduce to one of your girls, okay. If you feel he’s so handsome you should have gotten with HIM instead. No good.

Okay folks, that’ all for my 4th installment.

What are your thoughts on my thoughts of the aforementioned questions? Do tell.