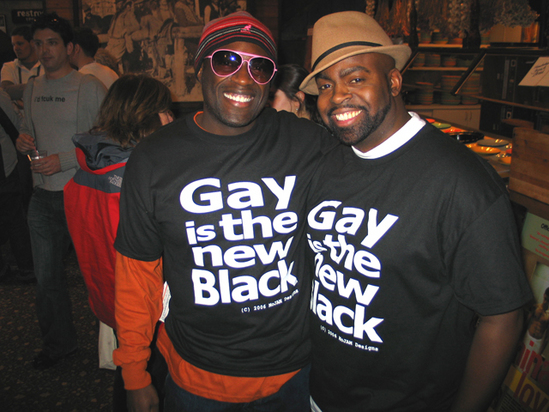 A while back I was engaged in conversation (aren’t I always) with the brothers and we were talking about playing R&B in the car with your friends in tow. Would you? or Wouldn’t you? Although I did a piece on this sometime back, my mind went to the left and I was thinking what songs would you ABSOLUTELY not play while hanging with your bros. I am an R&B fan especially with the old school tracks, but some I’d refrain from.

Now this song is definitely a No-No hands down and I’ll give you a little back story on it. My brother and I have a  mutual friend and sometimes we share unconventional (and that’s a severe understatement) videos on You Tube to each other. There’s pretty much no filter on what we recommend for each other to watch, but this one I was made privy too. She pulls it up and says, “Yo you gotta look at this” all while laughing hysterically. I’m sitting there looking and I see the beginning of the video and I’m thinking to myself: “Okay… so what’s next”? Boy did I get my answer.

Now I’ve seen some shyt on You Tube but this takes the cake, especially  if you’re talking about songs you should not ever play among the fellas. Which brings me to today’s post ladies…

Is your man secretly seeing another?
This list of signs – while having a splash of humor  – may contain some things that might pique your curiosity and make you wonder: Is my man a D.L.B (Down Low Brotha)? There have been a lot of brothers coming out lately (agenda driven or not) and I’m sure some people who’ve been around them were surprised. In the case of Jason Collins he actually dated a woman prior to doing so.

Now before I continue, let me say I have nothing against the LGBT community/culture. #DoYou. As an equal opportunity writer I have no qualms discussing any subject matter as seriously or lightheartedly as I desire. In other words, everything is fair game in deez streetz. Let’s begin. 9 Signs Your Man Is A D.L.B.

We as men, especially those of the metro sexual nature, like to go full-bore when it comes to grooming. It’s not out of the norm to get a pedicure or manicure. I have gotten them a few times myself. And I must say if you haven’t gotten a pedi, you don’t know what you’re missing out on. I’m sure some of us have indulged in a little man-scaping of the lawn from time to time and that’s cool too. However, if your man is getting a french manicure or pedicure then I’m sure an eye brow or two needs to be raised. No man should be on the receiving or giving end for that matter of a french pedicure. And speaking of manscaping……

2. Loves getting his chest and/or pubes waxed

Sorry not feelin’ that one. Unless you’re a model, grizzly bear or maybe an athlete (I’ve heard swimmers do this to make them more aerodynamic while competing) there shouldn’t be any chest waxing. And the only sex that should ( it’s up to them) get a pube waxing is women. Point. Blank. End of story.

3. Most of his male friends on social media have their shirts off in their profile picture

This has always been a side-eye inducing moment from me. Why would you have your shirt off in a pic? I am not interested in how much of a herculean physique you may have. Now if you were showing off some brand new ink, that should be the only reason. Furthermore, if the majority of your man’s FB friends have their shirt off in their pic…well…yeah..um.

Now before we go further, I’m sure the aforementioned places are beautiful and have tourist attractions up the wazoo. I’d be remiss if I didn’t mention that according to travelandleisure.com D.C, San Fran, and Province town are among the most popular places for alternative lifestyle travel….just sayin’

Nothing  more to say here.

6. During a lovemaking session he calls out another guys name

Ladies if you’re doing the freak nasty, what if this took place? Things that make you go hmmmmm… However I am curious which would be worse: If he does that or calls out another woman’s name. I don’t think it’d be this obvious but for sh*t’s and giggles…

7. If you stumble upon his ‘flick stash’ and you saw some titles you wouldn’t expect to see

Virtually all men have that collection somewhere in their humble dwellings (Unless you’re devoutly religious and I respect that). However , instead of “Booty (fill in the blank), Ebony (fill in the blank), Girls, Onions, – whatever, you catch my drift- you see names like: “Isn’t that ro-MEN-tic?” “MAN-euvers” and anything to do with Rods. I actually made up those two, but hey you never know, those could be actual titles.

8. Not secure in his manhood

I understand some, if not,  most men are not as ‘gay friendly’; but to be über afraid of anything homosexual tends to be something he may be hiding and could be guilty of. Now I’m not saying go ham with gay jokes, experiment, or anything like that but you should be secure with yourself as a man without being squeamish.

9. Likes to attend his home boys cookouts, enjoys helping out and his favorite part is *ahem* “seasoning the meat“

That’s all for today folks. So what are some other signs? Ladies, how would you feel if you found out your man was a DLB? Fellas, what if it were a member of your family or close friend? Do you think many of our young gay brothas are a product of  nurture, nature or both? Holla at me… 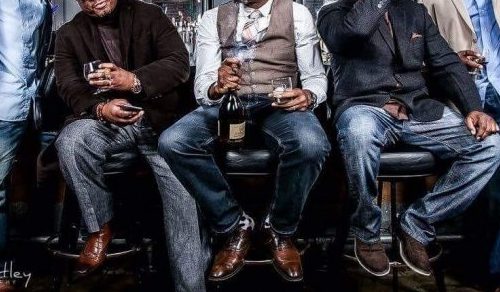 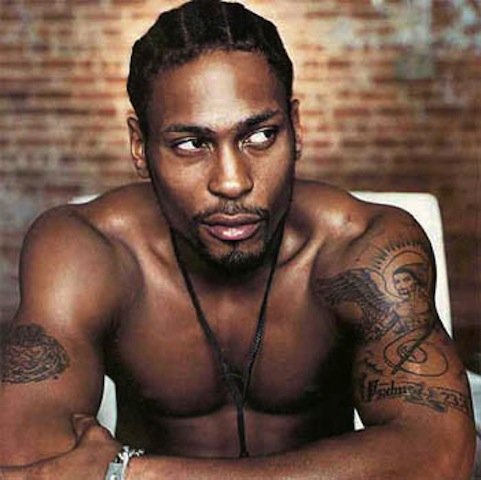 10 Reasons to Show up to Work in the Nude