Here you have it – it’s do or die. The series is tied at three games a piece and winner-take-all game 7 is looming on the horizon. It doesn’t matter if it’s in the 1st round or the finals/World Series. If your team is the underdog going into the series, you sit thinking, hoping, and praying they can pull off the upset. If your team is the favorite, you’re worried, borderline frantic, and your nails have been reduced to nubs. You’re wondering to yourself: “How did this happen?”…. “What the f*ck is going on here?” Well, lets dissect some of the more crushing game 7 losses in sports history.

Many NBA fans, analysts, and even commissioner David Stern got his wish for the 2nd time in this dream match up. They met in 2008 with the Celtics winning the series in six games, capping it off with a 39 point drubbing. This time it went to the wire.
The Celtics headed into Los Angeles for games 6 and 7 up 3-2 in the series. Talk of another title was looming. Champagne was on chill in the locker room, T-shirts boring the Celtics likeness with “Boston Celtics 2010 NBA Champions” printed on them, and the overall euphoria that permeated in their locker room that evening was thick. It was not to be, as center Kendrick Perkins was injured in game 6 (ACL tear) and they lost 89-67 to set for a game 7 showdown. The Lakers prevailed 83-79. If you’re a conspiracy theorist you’ll say that the refs gave them that game and one could perhaps agree with that. LA had 37 free throw attempts to the Celtics 17, including a 22-6 edge in the 4th quarter. And after letting the game go for 3 quarters the whistles were in full effect in the 4th. All that aside, here’s what makes it all the more crushing for Celtics fans:

* Leading scorers Kobe Bryant, Pau Gasol, and Ron Artest were a combined 19-58 from the field

* Boston led the series 3-2 with two chances to end it and couldn’t.

* They started the season 23-5 then played mediocre basketball the rest of the way, keeping themselves from perhaps having home court advantage in this series. Lakers had the better won-loss record.

These two teams met the year before with Atlanta prevailing in seven games and going on to the World Series. Atlanta wound up doing so again, but this time it was Pittsburgh who let them off the hook. Pittsburgh led by MVP and Gold Glove winning superstar Barry Bonds, fought back from a 3-1 series deficit to force a game 7. In front of a rabid Fulton County Stadium in Atlanta, fans were silenced through much of the game with sound pitching by Doug Drabek. He shut the Braves out in the first 8 innings before the bottom fell out in the last of the 9th.

There you have it, Pittsburgh is denied yet another trip to the World Series. Here are the reasons why this was so heartbreaking for Pirates Fans:

* Barry Bonds left as a free agent to go play with the San Francisco Giants. And after batting .311 during the season, only hit .261 in the playoffs.

* They didn’t sniff the playoffs again, and became a moribund franchise with twenty consecutive losing seasons before going to the playoffs this past season

*This was their 3rd consecutive trip to the NLCS, all without going to the World Series After losing to the Lakers the previous two years in the playoffs, Sacramento revamped and were now ready for a title run. The Kings had the best record in the NBA during the 2001-202 season at 61-21;  Lakers finished second (58-24). Both teams met in a much anticipated Western Conference finals matchup. After going up 3-2 in the series, Sacramento lost game six in LA 106-102. They were victimized by very questionable officiating. I’m not the only one who calls foul, see for yourself.

The Lakers shot 40 free throws (only 25 for the Kings) including a whopping 27 in the 4th quarter.  As a result this set up for a game 7 showdown in Sacramento, and the Kings fell in overtime 112-106. This time the free throw comparison was much closer 33-30 in favor of the Lakers. Heartbreak you ask?

After winning 58 games and the NBA title the year before, the Rockets took a step back. Although they acquired aging but still effective future Hall Of Famer Clyde Drexler at the trading deadline, they won only 47. After defeating the Utah Jazz in the first round, they faced the 2nd seed Phoenix Suns. Led by Charles Barkley and Kevin Johnson they finished 59-23. The Suns, looking to extract some revenge from a year earlier when they lost to the Rockets, raced out to a 3-1 series lead.

Losing 3 of 4 games by a combined 50 points, the Rockets looked tired and worn out by the Suns up tempo frenetic pace. However, they proved why they were the defending champions and forced a game 7 in Phoenix. Overcoming a 46 point outburst by Kevin Johnson the Rockets were paced by Drexler and Hakeem Olajuwon scoring 29 points a piece and Houston won in a nail biter 115-114. Yeah, this one hurt:

* This was the second consecutive year they blew a 3-1 series lead to the Rockets
* With a chance to win the series they lost game 5 in overtime.
* In game 7, Houston starters Robert Horry, Kenny Smith, Drexler, and Olajuwon, all had 5 fouls by the 4th quarter, Phoenix couldn’t take advantage.

After some dreadful years of mismanagement, bad player signings, and plain ineptitude the Bruins were on an upswing and started regaining the hearts of Boston sports fandom. Posting their 3rd consecutive winning season and coming off of a 4-2 series upset over the Buffalo Sabres they met the Flyers in the next round.

After splitting during the season, the Bruins looked to make quick work of the Flyers going up 3-0 in the series. Well, that was only a pipe dream as the Flyers fought back to win the series clinching game 7 at the TD Garden in Boston. This wasn’t the first time this happened in the NHL, but tough to swallow.

This series was memorable for several reasons, including a dramatic game 3 where tempers flared.
This battle came down to the wire in a classic showdown between ace Pedro Martinez and former Sox ace Roger Clemens. Boston jumped out to a 4-2 lead after the 7th inning and I remember saying to my brother: “Yo the Sox might just pull this off.” Nope, this happened.

Yankees won 5-4 and went to the World Series for the 6th time in 8 years. And the Sox wondering what went wrong but…… Boston re-loaded during the off-season, obtaining all-star closer Keith Foulke and Curt Shilling, who is knocking on the door of Cooperstown as we speak. The Red Sox were well out of first place in the division by the all star break but pulled off a huge trade sending star shortstop Nomar Garciaparra to the Cubs; and getting better defensively acquiring Orlando Cabrera and Doug Mientkewicz. Everything came together, and they went on a tear, finishing the season  98-64, and after sweeping the Anaheim Angels in the 1st round they met New York once again.

This time New York played more aggressive going up 3-0 in the series including a sound game 3 whooping 19-8 in front of the Boston Faithful. The Red Sox stunned, and dispirited turned that mojo around with a “well we got nothing to lose” attitude and rallied to send the Yankees packing for the Winter. I know you’ve heard of all the story lines during their dramatic comeback so I’ll save them. The Yankees heartbreak? Well…

Readers, what other gut wrenching game 7 losses you had the ‘joy’ of watching? Any that was a glaring omission? Do tell in the comments section. The floor is yours. 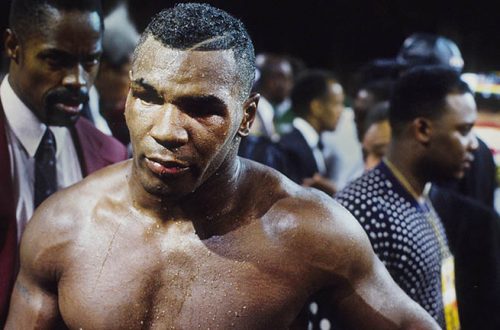 From Superstar to no Star: Athlete Careers That Were cut Short