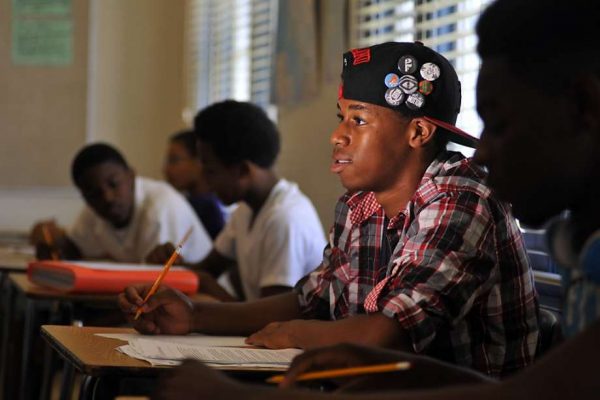 Students are taking notes in math class to prepare for a test in two days. Katrina walks into class and nonchalantly places herself in her seat, takes out her pencil and notebook and begins to write. But she has something other than note taking in mind as you would soon find out.

“Katrina grab your notebook and take down these notes; they will be vital for our test on Thursday”, says her teacher.

Katrina has already repeated the 9th grade and although she is capable enough she has a laissez-faire attitude towards her work. “Hold on”, she replies. After about five minutes she continues to write and the teacher looks towards her: “Your notebook isn’t open, you need these notes so let’s get started”.  Katrina feeling somewhat threatened and singled out in front of the class retorts: “Alright damn! I can multitask, why you sweatin’ me?!”

Now, if someone walked into the classroom it would appear to the person that all the students (including Katrina) are engrossed in what they’re doing. Have any wonder what captivated her attention so much instead of prepping for an upcoming test? A letter. Yes, she was writing a letter to her boyfriend who was incarcerated in Juvenile Detention.

Gabriela, an 11th grade student who is reading on a 4th grade level is in a Special Education program. Her boyfriend is in 12th grade but he’s been held back already. She is on the borderline between passing and failing. Every time her boyfriend decides to leave school she leaves with him. Whether it’s at the beginning of the class, in the middle of the class, or during lunch it wouldn’t matter. When her teacher attempts to talk to her about her grades and the reason that she’s teetering on the brink of failing she snaps back all time: “So what I don’t care, leave me the fcuk alone!”

How about this – As you walk by the boys bathroom you hear this conversation:

“A yo what’s good my ni**a. (pause) Oh word? yeah mayne I got these four dub sacks on me and a trey-five whatchu want?” (pause) “Aaight then, imma be off this in a few, meet me around the corner from the spot we be at. (pause) No doubt my ni**a imma holla at you, be there in a half(hour)”

What you heard was Desean a nearly 18-year-old 10th grader making a play (selling drugs) over the phone. He is a very solid student when he wants to be, but the streets have consumed him. He comes in roughly 2 days out the week. He’s been running with his crew since he was 13 and hasn’t stopped or tried to. He is liked by many of his peers and staff, but life for him has become nothing but one stumbling block after another. This is his 3rd consecutive year as a sophomore in high school.

So fellow readers looking at the following scenarios I have to ask what’s happened to our children and why have the bulk of them become so dis-engaged with obtaining an education? Why hasn’t it been put on the same pedestal. Before we chop it up for a bit here’s an excerpt from the Huffington Post:

The current literacy rate isn’t any better than it was 10 years ago. According to the National Assessment of Adult Literacy (completed most recently in 2003, and before that, in 1992), 14 percent of adult Americans demonstrated a “below basic” literacy level in 2003, and 29 percent exhibited a “basic” reading level.

Lets perseverate on that for a second. 32 MILLION people in the US can’t read?! We have free public and charter school education, we are the richest country in the world, and we have that many illiterate people?! Amazing.

A lack of pride has been an issue too. Case in point: I know of an educator who told me when her school had an award ceremony to honor their children for their hard work, 1/4 of the students didn’t even take their awards home. The reasoning you ask? “I don’t want to take them on the Transit going home”. Or, “I have no space to put them”(many of them don’t bring book bags). She still has trophies in her class from students she had 2 years ago. My question to her was: “Why would these children not be proud of their achievements and take them home”? Her response to me was a simple shrug of her shoulders as she had a hard time comprehending this as well.

The parents whom have probably lost a lot of hope in their children would have a sense of euphoria to find out their child received an award for ‘Excellence in English, Math, Science, or History.’ What about a trophy for achieving Honor Roll? I would be ecstatic if my son or daughter showed me a trophy for something they achieved in school; hell a certificate isn’t second-rate either.

Why are graduation rates low and so many students getting GEDs instead of graduating?

According to Governing.com in the state of Massachusetts as of 2012, 66% of Hispanic students graduate where as with African Americans the number isn’t much higher, it’s 73%. In Ohio it’s 68% and 61% respectively. Minnesota it’s 53% and 51% respectively, and in New York, Rhode Island, Washington, Michigan, Alabama, they both are in 60th percentile. Regarding Caucasians the lowest number is in the state of Nevada with 72%. The remaining states fall within the 80th and 90th percentiles.

Has homework been shunted down the priority list for our children whereas computers, social media, video games, and electronics of all kinds have leap-frogged over it? And you have the parent(s) who are either too busy working, overwhelmed with other children, or flat-out don’t care enough to check and see if their child even attempted their homework.

And let’s not forget about standardized testing–which in my eyes is a complete joke. The reason being is that I honestly feel you cannot accurately determine how well a student performs in school on account of a test. Do you know how many students who are doing very well wind up not graduating because they’re not good test takers? In Massachusetts, they have the MCAS (Massachusetts Comprehensive Assessment System) that students take in Elementary, Middle, and High School. If they don’t pass by then they will not graduate.

Can you imagine that? You can have a perennial honor roll student but if he/she struggles on an assessment test, they are not allowed to graduate.

Have our children lost hope in the education system? Have the lure of the streets caught up with them so they don’t care? Do they have so much going on in their personal lives that they lack motivation? Who’s to blame for our children (especially minorities) falling behind in the educational system but climbing the ranks in the jail system? Have we failed them or they’re failing themselves?

I’ll open the floor to you. Please, share your thoughts.

Peace and Much Love 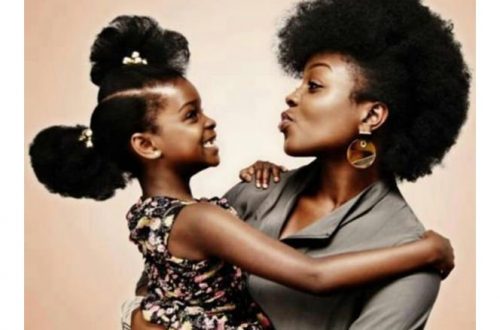