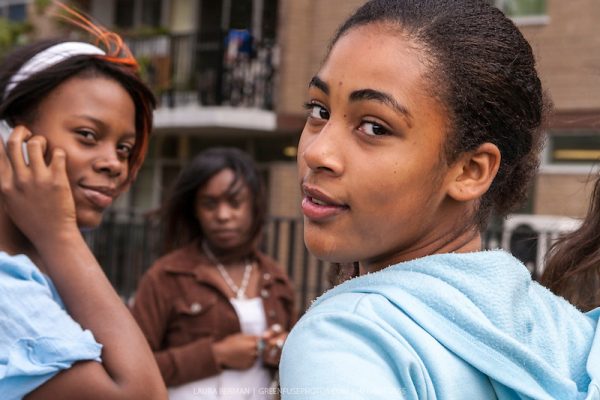 When you take a look at the different ‘races’ within society or visit different institutions what do you see? For example, if you go to a hospital who in aggregate are the doctors? Nurses? Anesthesiologists? Surgeons? “I’ll take Caucasians for 300.00 Alex”. *sound effects and lasers going off* “You have hit the daily double”!

Okay, enough of the smarmy jokes; but in all seriousness have you ever asked yourself why aren’t more people of color in a position of prestige in society? Ever wonder why undeniably Asians, Indians, and Caucasians have made their way to the top of the totem pole while Hispanics and African-Americans languish near the bottom? Don’t get me wrong, I’m not intimating that African-Americans and Hispanics are the scourge or the proverbial skid mark in the underwear of society. That couldn’t be any further from the truth (Bill Cosby himself has spoken his piece quite a few times about this matter too). However, with the way things have gone you have to ask yourself what can we do as a whole to uplift and empower ourselves and not wait on our president to save us from the drudgery that we are in (not only because he won’t ….quite frankly he can’t). Here’s my take.

Allow me to climb unto my soap box for a quick second. Too many brothers use that word. I understand it has evolved over the years into a ‘term of endearment’ but the reality is it shouldn’t be.  Just because you substitute the ‘er’ with an ‘a’ doesn’t make it easier on the ears or eyes. Let’s understand one thing ladies and gents, prior to and during the Civil Rights Movement do you realize that bigoted Caucasians looked upon Blacks in such a menial manner that they wouldn’t even call them by their names? It was substituted with terms like boy and if you were ‘lucky’ it was coon, jigaboo, monkey, and yes the almighty N word. So why would we as African-Americans call each other that? I know we all slip now and then but we should just chill out.

We all have our share of chill apparel, or ‘urban gear’ if you want to put it. We as men, not just Black men, but men as a whole should have more than our share of dress shirts, pants, and shoes; and we should definitely own at least two to three suits. Although not that it’s necessarily a good thing, but even when I have passed by court rooms I have seen brothers in there not looking presentable. If you’re in front of a judge, dress appropriately. It looks much better than if you’re in jeans, boots, and a hoodie. This goes for job interviews as well. In the end, the way you present yourself says a lot about you. Image is everything.

3. Hold down a career not a job

As a whole, we as black men have taken one too many shorts. If you have to work a job to make ends meet and take care of your family it’s understandable, but you should not be mired in a shiftless attitude. Imagine being at a job where there is stability and growth. There is no glass ceiling and you have a chance at a career. If you’re a cashier at a supermarket, or if you sweep the floors at a fast food restaurant, strive to be the manager of said store or restaurant. We all have potential but many of us do not want to max it out and achieve the most we can. We as brothers should keep in an upwardly mobile state, not running on the treadmill of life.

One of the worst things an African-American man can do is become black bourgeois. Know what that means? It’s when he achieves or is born into a certain socioeconomic status and while looking at his individual success, doesn’t realize he is bound to the fate of blacks as a whole and looks down upon those who aren’t on his level. Additionally, he has no aspirations of associating or helping those who are in a ‘not so fortunate’ situation. It’s synonymous with that pretty older girl who is a part of the mean girl’s club and has the short, ugly, fat friend who isn’t cool enough. Although they’re of the same race and share a friendship, she no longer wants to associate herself with her because of the girls she is now with.

I’ll take this into further context. The man formerly known as ‘Barry Soetoro’ will address and support gay marriages and universal health care. He’ll support gun control ONLY when a bunch of Caucasian children are assassinated at an elementary school. What about the gun violence in the inner cities particularly Chicago his home town, which perennially is one of the leaders in homicides (They ‘only’ had 413 last year which was their lowest in decades)? Why hasn’t that been addressed? Is that a taboo subject? Why hasn’t he walked through the hood? Does he not want to be bothered or seen there? Is he afraid of getting that negative stigma on him that has encased the slums? He is the president so he shouldn’t be afraid to walk among his people. hmmmm…..

5. Take care of our children and community

When you ride through the hood what do you see? What do the lawns resemble? What do the streets look like?  Words can not do justice of the dilapidated conditions that plagues our neighborhoods.

Recently I took a trip to Boston to see some friends of mine. During my stay I visited Mattapan, which is an urban area that has seen it’s good and bad days (more the latter than the former). I ventured literally 5-7 minutes up the road into a well-to-do town called Milton, and what a drastic difference. Manicured lawns were the norm and liquor stores were few and far in between. People actually took pride in their dwellings. If you go into Chinatown in said city you see support and unity. They don’t take from each other and damage their own stores. You can usually see the same results at the bodegas in Spanish sections of the city. Why not ours?

In regards to our children we need to nurture them physically and mentally. We need to remind our own young ones how much we love them and the importance of loving themselves. Children out there in the streets shouldn’t be ignored either. Does anyone remember the days when it took a village to raise a child? Where has it gone?

6. United we stand, UNITED we fall The biggest problem that African American’s have faced in society is the divide and conquer method used among ourselves. Bob Marley spoke highly of this in his song Zimbabwe. We lack togetherness and unity and fail to understand we are all brothers and sisters with a beating heart. We’ll sell each other out for the almighty dollar and for any other status that overlooks our people. Interracial marriages are becoming rampant. I’m not saying it’s wrong, but it’s becoming the rule rather than the exception. And yes you can’t help who you fall in love with, but that’s not the point. What has perpetuated this? What has caused our brothers and sisters to be afraid of marrying one another, and starting a family?

As I have touched on this in another article, we have very few black owned businesses. Not only do we hurt ourselves with how we treat our surroundings and establishments but we are intertwined in the fetch and step shuck and jive side of things. If you don’t believe me check out the ‘goings on’ in Hollywood.

Lastly, we need to become proficient and knowledgeable in our own history, not just the Eurocentric type that is taught in schools across the country.

7. Yes, pull your pants off the ground

I have been in debates with people and they maintain it’s just a style. How? Why? So you’re telling me if I see a young man with his pants sagging, underwear clearly showing it’s okay? You can see where his derriere ends. Is that a a style? That’s a serious indictment on our young brothers and even our older ones.

8. Put down the bottle and blunt sometimes

Some people drink some don’t. Some people like to burn, others not so much. I have indulged in both of those activities before so I will not judge those who do. Let’s keep it honest though, if you’re scraping together change to give to the weed man…no bueno. If you are lined up in the morning waiting for the liquor store to open, that’s a bad look. And this isn’t a generalization, I have seen brothers doing that in the various cities I have traveled to.

There are people who can’t hold down a job or keep their finances in order because of the need to smoke constantly. They buy a bag, get blasted out of their mind and they’re back to buy another. Wash, rinse repeat. Sometimes they’re spending close to, if not 1/2 their earnings to get high, which can create that same shiftless lazy attitude that I spoke of earlier. I mean if you are constantly high off that loud pack, what are you going to be motivated to do? The song “Because I got high” by Afro Man isn’t just a satirical parody – it rings true and it’s a shame.

Readers, what is your advice to the sagging black community? Why do you think many of us appear to be in the same situation? Who’s to blame?