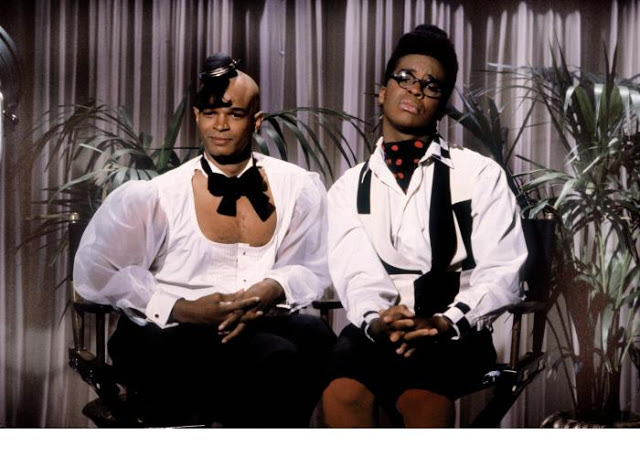 I was watching the above episode of Oprah Winfrey some time ago (yes I know she has been off air for a minute now) and she had Dave Chapelle on as a guest in which he had some very insightful commentary. During his interview, it had me thinking:

That’s quite the A- list isn’t it? Now I ask you ladies and gentlemen,what do these men and the movies they starred have in common? Well let me tell you, these were instances when they played either a homosexual role or wore a dress in the movie for all of us movie goers and the higher-ups in Hollywood to laugh at. And in the case of Rhames in Pulp Fiction and Smith in Six Degrees of Separation, they actually had to perform a sex scene. Yes, they did unfortunately. Want more professional urinating? In ‘Chuck and Larry’ Ving Rhames pranced around naked in the shower in front of his co-workers singing, “I’m every woman”. How is a hulking individual who has played solid roles throughout his career reduced to… that?

On a smaller note, in the movie Lockdown, De’ Aundre Bonds  (“The Wood” and “3 Strikes”) was repeatedly raped by his Caucasian cell mate. Although he got his comeuppance in the end, the damage was already done. And while Bonds’ character could have been called for him to be raped by a cellmate of color (or not raped at all), it wasn’t. And regardless of anything, it was another subliminal message saying, “We are in power and you are inferior and powerless so I’ll take liberties on you”. Terry Crews, before playing the doting father figure in “Everybody Hates Chris” and “Are We There Yet” had to be ‘initiated’ so to speak. I won’t lie, I initially found it funny but it was degrading at the same time. Don’t believe me, watch this. And, yes, the film directors and producers should be ashamed. No, better yet, appalled at themselves for doing so to African-Americans. Who am I kidding though? Do we really think they care? We all should know Quentin Tarrantino loves the use of the beloved ‘N’ word anyway and directed Pulp Fiction. Before you say, “Well they [actors] were paid to do it” or “It was their choice”, I get that be that as it may. The reality of the situation is, why take these talented actors and script them in effeminate roles though? I’m sorry if I missed the memo. Is that a good thing? Is that okay?

Meanwhile back at the inn, these actors should look themselves in the mirror and ask themselves why are they pimped for a laugh. I said it, PIMPED for a laugh. They’re not being let off the hook either. And since they’re doing the dressing up, androgynous act, we might as well go back to the days of “Amos and Andy”. Will we be seeing the almighty “Black Face” once again too?

Although critics of this will say, “Well, Robin Williams and Dustin Hoffman did it, so now we’re even”… uh.. no we’re not. Here’s the difference: It wasn’t simply their particular role in the movie, it was significant to the actual plot. Furthermore, how many times DID Hoffman and Williams play those type of roles, as opposed to Martin Lawrence, Ving Rhames, and Eddie Murphy?

I’d like you to perseverate on this for a second. Jake Gyllenhall played a gay role in Brokeback Mountain Tom Hanks played a gay role in Philadelphia (a great movie by the way).  Sean Penn played Harvey Milk in the movie Milk. Do you want to know the difference? They weren’t cast as idiots, and they didn’t have repeat performances for being a homosexual spectacle for us to laugh at or don a dress. Let’s keep it honest readers, they played serious roles.

For one, Tom Hanks played a lawyer who was fired from his job for being gay and having the AIDS virus, no coonery there. And to add more seriousness to the story, Denzel Washington was cast as his lawyer. We all know Denzel isn’t going to allow himself to be cast in a buffoonery type role. They (Penn, Gyllenhall, and Hanks) had serious roles in their movies and all three of them were lauded for their performances. And of course they would be, look how they were scripted. I’d be remiss if I didn’t mention that Gyllenhall was nominated for an Academy Award for his part in Broke Back. Tom Hanks won a few awards too, including an Academy Award for best actor in Philadelphia, and Sean Penn won an award for Milk.

Fellow readers, the question begs: Why put African-Americans in a dress and give them that type of role anyway? If you’re going to give them that particular character to play, why isn’t it in a meaningful script for the movie like the aforementioned actors? I hope we aren’t slowly devolving into the  “Dance for us ni**er”, “Make us laugh ni**er” mentality. “Come on shuck and jive. Fetch and step.”

Well I mean, Hollywood’s tough guys Jason Statham, Brad Pitt, Al Pacino, among others won’t do it. Let’s give it to Ving Rhames and Terry Crews; two guys who look physically imposing, but reduced to chariactures. How many African-Americans will Hollywood continue to, or should I say “script” in effeminate roles before they wake up and realize that their pride and dignity come before the almighty dolla’ dolla’? As of right now, sadly, it’s far and few in between.

***Originally featured on our former website, we’re bringing it to you here for your enjoyment.*** 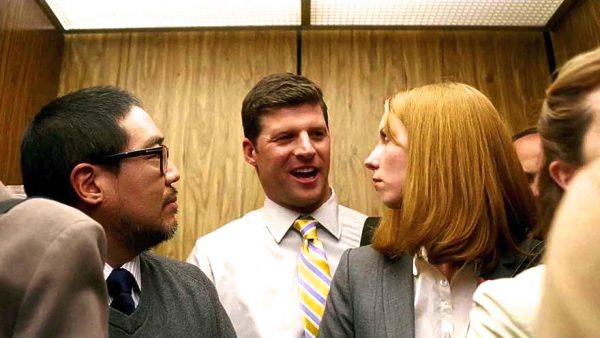 Cultural Stereotypes in Media – Is This Jamaican Accent Phony, Funny or Offensive?