There have been many heart breaking moments that sports fans have gone through: Your team missed a last second shot; the opposing team scores a winning touchdown in the closing seconds; losing a back and forth game in a close finish; or just simply getting blown out in a winner take all game. Nothing is more heart breaking than having your hometown team put up spectacular numbers, being the odds on favorite to win a championship and…. falling short. Here we go, with the best team to not win a title during that season. Some of these are truly gut wrenching and the list is in no particular order.

Record: 103-59
Why: Lost to the Los Angeles Dodgers the final game of the season and finished 1 game behind the Atlanta Braves in NL West.
Synopsis: This was before baseball instituted the Wild Card the following year and for good reason. Not only didn’t they win a title that year, they missed out on the playoffs altogether. Barry Bonds won another MVP award, silver slugger, and named an all-star. Between he, Matt Williams, and Robby Thompson they combined for 94 Home runs and 288 runs batted in. Pitching wise, Bill Swift and John Burkett went 21-8 and 22-7 respectively. San Fran was one of the very few teams that boasted two 20-win pitchers and missed the playoffs.

Record: 14-2
Why: Lost to Pittsburgh Steelers  21-18 in the AFC divisional round Synopsis: This particular team was THE favorite going into the post-season, boasting a prolific offense that scored the 2nd most points in football along with having the best record.

The two-time defending champion Patriots fell a step back due to injuries and an inconsistent running game. The Colts, who were once their whipping boys vaulted ahead of them. Their new-found dominance was punctuated by a 40-21 whipping of the Pats earlier in the season. Peyton Manning was his usual self, running back Edgerrin James had 1506 rushing yards with 13 touchdowns, Marvin Harrison and Reggie Wayne combined for 2,201 receiving yards with 17 touchdowns. However this juggernaut offense couldn’t overcome Pittsburgh’s stingy defense in the playoffs.

Record: 63-19
Why: Lost to Denver Nuggets in the 1st round
Synopsis: At the time this was a shocker, you could hear a pin drop in Key Arena as the Seattle fans sat in stunned silence after the Sonics dropped game 5, 98-94. First of all Seattle had the best record in the NBA (37-4 at home), boasted six players scoring in double digits, and led the NBA in points scored. Despite this, they became the first #1 seed to lose to an 8th seed in the playoffs (and in the 1st round). Seattle was a young dangerous team led by Shawn Kemp and future Hall Of Famer Gary Payton. People refer the LA Clippers as ‘lob city’, well, in the eyes of many, Payton and Kemp were the original ‘lob city.’ Don’t believe me take a look at this and then this.
Although they had great success winning 55+ games and 4 division titles the next 4 years and appearing in the NBA finals two years later, this was the one they let get away. Record: 103-59
Synopsis: They finished with 100+ wins which is a tough task in and of itself, but this team was stacked with offense and pitching especially for that era. Oakland had 4 players with 20 or more home runs: Mark McGwire and Jose Canseco known as “The Bash Brothers” along with Dave and Rickey Henderson (who also swiped 65 bases that year). They had future Hall Of Fame pitcher Dennis Eckersley who saved 48 games, two 20 game winners Bob Welsch and Dave Stewart, with Scott Sanderson and Mike Moore finishing with 13 and 17 wins respectively.

They swept the Boston Red Sox in the ALCS but ran into a scrappy Cincinnati Reds team who were no slouches in their own right. The way this Oakland team was constructed they weren’t supposed to lose. Did I forget to mention this was their THIRD consecutive trip to the World Series? That was a feat that has been done by only one other franchise–the New York Yankees. Record: 61-21
Why: Lost to the LA Lakers 4-3 in the Western Conference finals
Synopsis: This team in the late 90’s to early 2000’s were among the most talented and exciting in the NBA and it showed as their fans came out in droves to support. Their home court Arco Arena was the loudest in the league (the fan noise was often compared in decibels). Having the glitz, glamor and sometimes erratic Jason Williams at point guard had run its course and before the season, the Kings traded for the more stable and steady Mike Bibby. They were rewarded with the best record in the NBA that season.

Whatever you needed they had it: defense, (Bibby, Bobby Jackson and Doug Christie); shooting, (Doug Christie, Peja Stojakovic, Hedo Turkoglu) scoring and athleticism, (Chris Webber) and for overall solid play and veteran leadership (Vlade Divac).
After taking a 3-2 series lead over the Lakers, they lost game 6 (which many felt were under dubious circumstances and helped ignite the Tim Donaghy referee scandal), and then lost game 7 in a heart breaker.  Although they finished 1st in their division the following year, a severe injury to Chris Webber closed the door on any chances of contending.

Record: 14-2
Why: lost to the New England Patriots 20-17 in the Superbowl
Synopsis: “The greatest show on turf” returned in 2001 led by MVP quarterback Kurt Warner (4,830 yards 36 Touchdowns 22 Interceptions), Marshall Faulk (2,100 total yards rushing and receiving, 21 touchdowns), Isaac Bruce and Torry Holt who combined for over 2,300 receiving yards and 17 touchdowns. All four players made the Pro-Bowl while Faulk and Warner were also named All-Pro. The Rams blitzed through the NFL to the tune of 503 points for the season (31.4 points a game).

In the playoffs they trounced both the Philadelphia Eagles and Greenbay Packers combining for 73 points, and had their showdown against the underdog New England Patriots with upstart Quarterback Tom Brady. St. Louis was the heavy favorite to win that game but it wasn’t to be, as Adam Vinatieri kicked the game winning field goal as time expired.

Record: *116-46
Why: Lost to New York Yankees in the league Championship Series
Synopsis: After losing superstars Alex Rodriguez, Ken Griffey Jr, and Randy Johnson all in the previous two years, Seattle didn’t miss a beat. They raced to the best record in baseball. Led by MVP Ichiro Suzuki and a resurgent Bret Boone (37 HR 141 RBI), Seattle was a dynamo on offense scoring 927 runs. They also had a power house pitching staff with six different pitchers finishing in double-digit wins. Expectations were high heading into the playoffs. They defeated the Cleveland Indians in the first round before succumbing to the Yankees four games to one. They finished with 93 wins the next two years but failed to make the playoffs. Record: *16-0
Why: Lost to Giants 17-14 in the Super Bowl
Synopsis: If the Rams were the greatest show on turf, these guys were the greatest show  period. The Patriots had a season for the ages, and came within 30 seconds of becoming the first team to go undefeated including the playoffs. Before we go any further let me give you some eye-popping numbers.

Their offense was so prolific they scored over 30 points eight times and over 40 points four more times. They lost in a heart breaker to the New York Giants, in which several key plays that weren’t made cost them the title. They returned to the Super Bowl four years later and lost again to the Giants but the 2007 loss will forever sting more in the hearts of Patriots fans. It would have given the city of Boston its 3rd title during the 2007-08 season.

So fellow readers there’s the list of teams that had high expectations but fell short of a title. Where does your squad place? Do tell, the floor is yours. 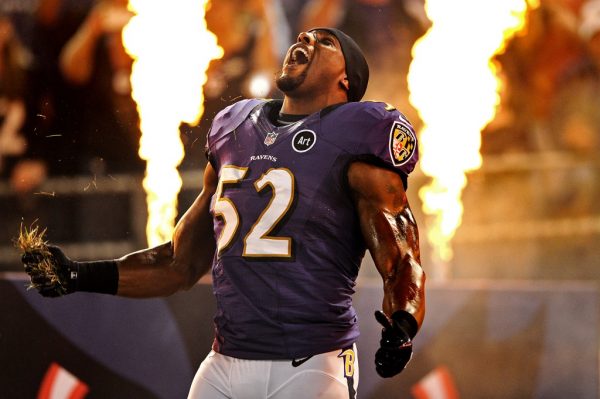 What If – The Sports Scenarios we’ll Never Know