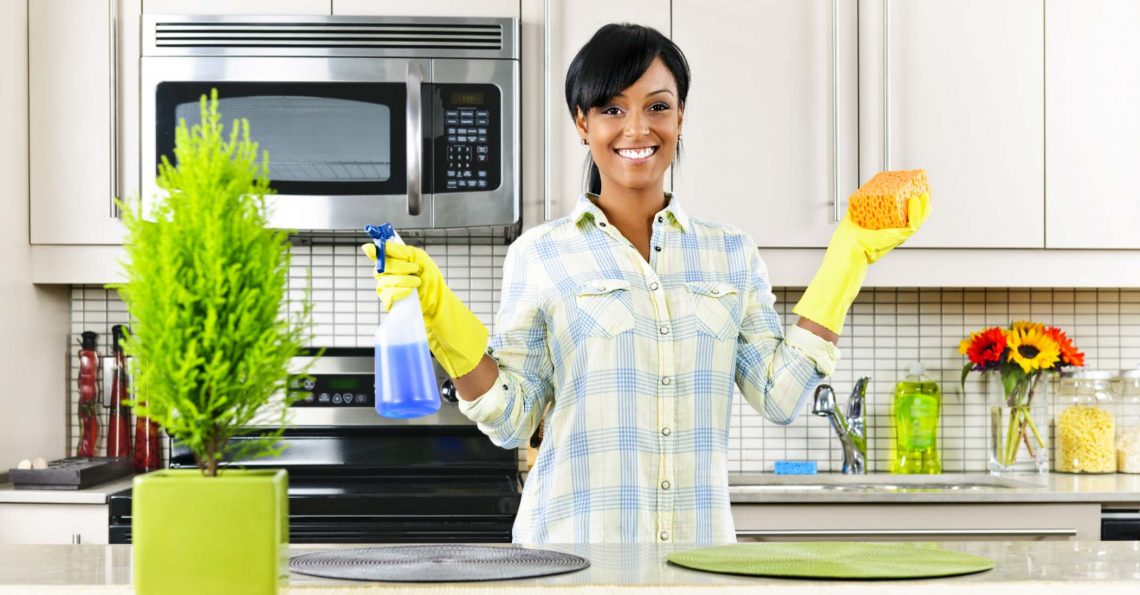 *any invented story, idea, or concept;
*an imaginary or fictitious thing or person;
*an unproved or false collective belief that is used to justify a social institution.

Generally, people go through life wanting the perfect mate, and if the mate in question doesn’t measure up to their wants and needs then it’s on to the next one. As far as men are concerned, a lot of men as a whole have general misconceptions about women. So before we go any further, let’s clear up some misconceptions in what we call “Myths about women”. Now this isn’t in any way meant to disparage the fairer sex, but some men really need to know what today’s woman is really about and not about.

***Alert: Rampant generalizations ahead. You have been warned.***

There are some who can throw down so much that they should have their own show or cookbook, and there are some that are lost beyond fried chicken, Ramen noodles, and oven baked foods (Hungry man, Ore Ida, Tyson). Simply put, there are lots of women who just can’t get it done in the kitchen. Whats sad is that there are men and sometimes children who depend on a woman to supply the lion share of the meals. Whats even sadder is there are even women who refuse to learn how to navigate their way through the kitchen. In my travels I have seen plenty of instances where such women would rather buy fast food/take out to feed their children.

As a digression, it appears there are some women of this generation that carry a sense of entitlement. If they can’t cook, clean, or sew they seem to have that “oh well” attitude. On the flip side, if the average man can’t provide for his family, he at least feels some shame about it; not to mention being continuously reminded about such ‘shortcomings’.

“Hell hath no fury like that of a woman scorned”

I tell you that just isn’t some fancy catchphrase.  Women while they can be soft, nurturing, and loving also can be the most ruthless individuals to walk the earth. Truth be told many women are truly about ‘that life’. Not too long ago, I was reading the Greek play Medea by Euripides and to my surprise women were doing crazy stuff back then too (at least within the depiction of the story). I won’t spoil the ending,…you know what, on second thought I will.

**Spoiler Alert**  Medea helps Jason obtain the golden fleece during a mission making him a conquering hero. She loved him so much that in the midst of doing this, she kills her brother and betrays her father’s kingdom to spend a life with him. Well, Jason winds up marrying her, having two children with her, then turns around and cheats on her with another king’s daughter. She feigns forgiveness, sends Jason’s new bride a gown laced with poison that kills her, then turns around later in the story and kills both children.

Fellas I’m telling you, it is not wise to screw a woman over. We’re not even talking about materialistic possessions being destroyed; it can go as far you losing your life, whether it’s from her or by someone else because of her. I read a story a while back where a Wisconsin woman got revenge on her cheating  husband by supergluing his penis to his stomach.  And while we’re at it, let’s not forget the deeds done by Lisa ‘left eye’ Lopes and Lorena Bobbit.

3. I only do this for my husband/my man

Personally I hate when that happens because you aren’t being real. I only give oral to my husband…um, no! Now don’t get me wrong, there are SOME women who are really about that and I totally respect and dig it. However, I’ll go out on a limb and say it’s far and few in between though.

If you like to perform oral, you like to perform oral, period. There isn’t anything wrong with doing that. And if the moment presents itself when you’re in the heat of the moment and the guy turns you on, hey, it is what it is. I’m sure the same holds true for the  gents. They’re not all known for ‘box eating’, but if the woman turns them on well enough while in the heat of the moment, they’d not only eat the box, they’d drink the box (especially if it smells nice).

In the end we’re all adults here, so let’s be adults. I mean the last time I checked, performing oral is a part of sex. One of my brothers was seeing a woman a while back and she told him that she wouldn’t cook for him unless he was her husband.  O_o

Now, if  a woman were to spend a night at my house and I didn’t even bother to throw anything together in the kitchen, only to then  turn around and say to her, “I would only cook for you if you were my wife”,  I’m sure she would have felt some type of way; even as she makes the decision to never set foot in my house again.

4. All women are clean

I agree with that statement especially coming from a mother who is/was a neat freak and quasi germophobe. However, there are women who have dwellings that you can eat off the floor and some have dwellings where you wouldn’t eat there. I have seen and heard of some spots where it looked like who done it and why.

And as far as hygiene is concerned, not every woman, but some of yall… well,.. in the words of Martin Lawrence:

“… it hurts, see I’m…I’m single. I’m a single man. I don’t have nobody. I’m looking for somebody….. I’m meeting a lot of women out there and you got some beautiful women.  But you got some out there that, uh,… I gotta say somethin’. Um… some of you are not washing your ass properly. OK? Don’t don’t get me wrong, not all, some of you. You know what I’m sayin’? Uh… I’m sorry. ‘Cause, uh,… listen; now, I don’t know what it is a woman got to do to keep up the hygiene on the body…but uh,..I’m watching douche commercials on television, and I’m wonderin’ if some of you are reading the instructions. I don’t think so….”.

5. If she’s over 30, has no kids, never been married, then she has baggage

This is a popular myth that can be true of some women, but let’s hold on for a minute. Has it occurred to folks that maybe she wants to get her career and or life in order before she decides to jump back in the pool of dating, let alone pursue a relationship? Has it dawned on people that maybe she has been hurt by a man (or men) that she opened her heart (and legs) to and now she is jaded? I do agree that once women get to a certain age they can become set in their ways which can certainly make it difficult to coexist with a man.  On the other hand, such a man may just be running into a woman who simply has high standards for herself and men.

6. Women are not as smart as men

Besides being ruthless as I mentioned in #3, many women are extremely smart and resourceful when it comes to getting what they want. They’ll play dumb just to get you to do something, and that’s smart; especially when it comes to *ahem* ‘relations’. Women are also great at concealing transgressions, knowing how to cover up when they ‘mess around’. Think of it: how many women get caught cheating when compared to men? You are rarely going to find that text message, that number, or that email that will get her caught up.  I was out with my cousin at the train station, this female walked over to him and said: “hey my girl wanna get with you but she’s over there with her man right now but she wrote down her number for me to give to you, but not to make it hot I’m playing it off as if it’s me doing it.” Are you kidding me?! Isn’t that something.

A woman can cheat on her man with 10 guys and he can cheat once, but let her find out and she’ll twist it as if he was the one who slept with 10 women, all while still hiding her transgressions. Plenty of women have been known to get out of speeding tickets, gain admission into venues at a discount (or for free), and quite simply use their charm/wits to play guys for a fiddle. For example, do these words sound familiar, “I’m on my period”? If so, there is a slight possibility she could be saying this to avoid intimacy.

On a more positive note, women can also tough it out as single mothers and do just as good a job raising a family as two parents. Obviously while this isn’t encouraged or desired, in the words of Kurt Angle, “It’s true!”

7. Women have the ‘goods’, therefore they have the power

If you aren’t a pu$$y pandering lap dog then you can certainly debunk this myth. Now it is true there’s very few physical feelings like some good loving, I can attest to that. Yes, there are some ladies that will stop at nothing to make sure they control men with it. However, you as a man can’t put yourself in the position where you are giving up your own power.

Funny thing is, how often does a woman come over a man’s house to get ‘some’ and she gets shut down just because? Fellas, if you or if you know of one who has done this please share.

So OM readers, what are your thoughts on these myths? What are some other myths about women, if any?

Breaking up is Never Easy – When Ending Your Relationship is Inevitable 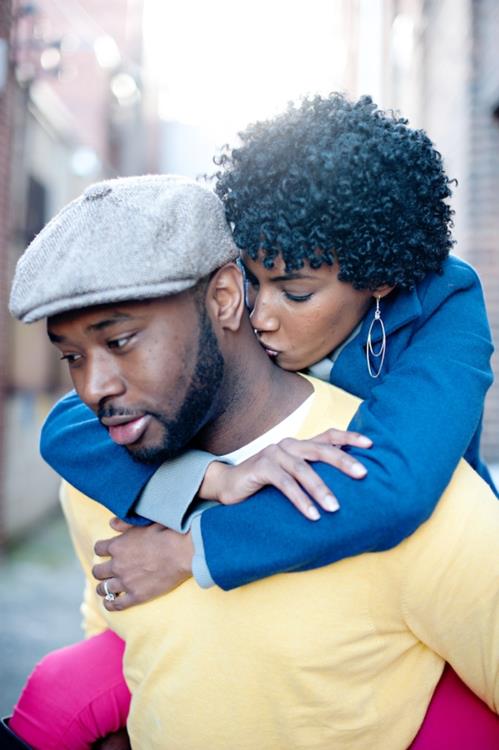 The 5 Benefits of Becoming Friends Before Lovers